You are here: Home / Archives for Deborah Asseraf 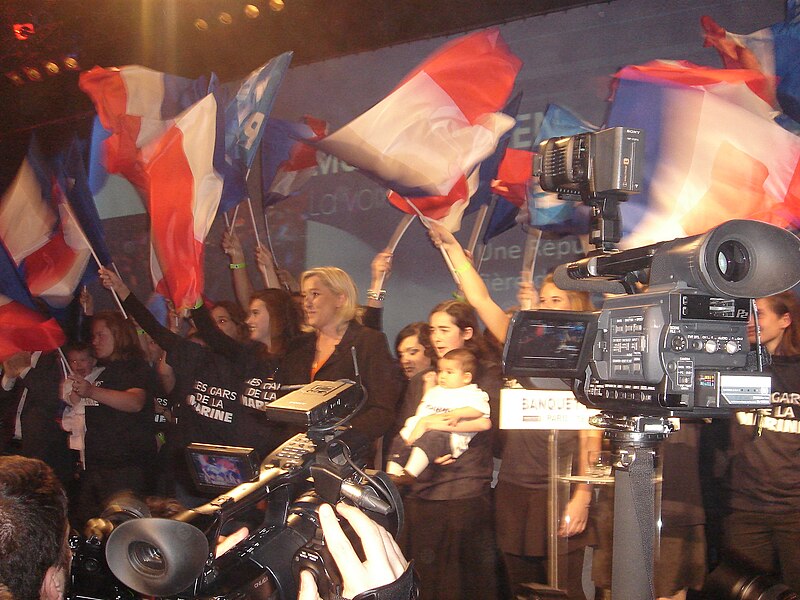 French Interior Minister Manuel Valls announced last June the banning of two far-right militant groups: L’Oeuvre Française (The French Work) and Jeunesses Nationalistes (Nationalist Youth), the youth wing of L’Oeuvre. The government is clearly trying to show that it will undermine all forms of extremism that represent a danger for the Republic. However, the tense climate in which political issues are shaped these days in France recalls the heyday of far-right groups in the 1930s. Indeed, the very act of disbanding extremist groups required the use of a law from 1936. It has been a long time since issues such threats to the social order by extremist groups has been on the political agenda. However, even if a parallel can be drawn it would be rather inaccurate to compare the 1930s too closely with contemporary France. The 2010s will be remembered for a tough economic downturn and the growth of extremism. To understand this trend there are two different areas to consider.

To begin with, it is fundamental to distinguish the changes occurring in the traditional French political chessboard from the groups evolving outside of it.  There are daily issues highlighting the growing influence of far-right ideologies within the French political system and violent extremist right-wing groups becoming increasingly more visible on the political scene. These two distinct levels ground the contemporary far-right phenomenon. One of my teachers at Sciences Po Paris once observed that modern French politics had grown more peaceful over the past few decades; ideology was not as significant as it used to be. People no longer vote for an ideal model of society. They are not strongly right-wing or left-wing, as they used to be during the Cold War, for instance. He concluded by saying:‘If we were in the 1960s or 1970s when I was a student here, you would not have had reasoned political debates as you do now, you would literally have fought for your ideas’. I also thought ideas did not lead to violence anymore; I thought there was no ideological motivation behind violence in France. Violence such as expressed in riots seemed rather to be caused by social distress and delinquency. However, far-right ideology as a motive for violence as proclaimed by extremist groups made the headlines in spring 2013.

These groups became so visible this year that they completely reshaped the political agenda. Gay marriage became a matter of national identity; with anti-gay marriage protesters denouncing the bill using arguments based on natural law, recalling a deeply conservative vision of family as a unit of only a man and a woman. Created on the 24 March 2013 on the occasion of a demonstration against gay marriage, the Printemps Français (French Spring) surfaced as the most violent branch of the movement. Their manifesto brings together various elements of right-wing ideology from social conservatism to anti-globalisation. and does not acknowledge the legitimacy of the republican state. Their slogan is “On ne lâche rien” (We won’t give up), and protests continued even after the bill was passed. A second event highlighted the sudden visibility of far-right groups: the death of the left-wing ‘anti-fascist’ militant and Sciences Po student, Clément Méric, in early June. Allegedly struck in the face by a member of the Nationalist Youth during an altercation, he fell in the middle of a crowded street in Paris and died of his wounds. The Méric case has shaken French politics and was the principle factor that led to the banning of the Oeuvre Française and Jeunesses Nationalistes.

The rise of the far right in France does not only concern violent underground groups. It is linked to the crystallization of social frustration and the legitimization of its discourse. Recent national election results highlight the fact that the far right is not only gaining voters from the traditional right but also from the left. Opinion polls show the disaffection of the working class towards the left and the very use of the word “class” appears to have become somewhat absolete. The Parti Socialiste in France is often described as falsely left-wing, whilst hard left appears to be not about liberalism and the acceptance of the free-market, but rather a strong anti-globalisation stance. Jean Luc Mélenchon (Front de Gauche, Left Front) gathered 11% of the votes in the presidential election of 2012. In comparison, FN candidate Marine Le Pen won nearly twice as many votes (19%). What the FN programme offers is quintessentially populist: a denial of the overwhelming power of economic liberalism crossed with xenophobia. Whilst Mélenchon’s Left Front with its strong socialism seemed like a short-lived phenomenon, the political recipe of the FN has worked over the years. The far right took the sovereign, anti-globalisation vision of the hard left and added social conservatism. Those stakes grounded the shift in the working-class vote (29% FN) from the left to the far right that political analysts depict.

This observation requires nuancing: the droitisation (movement directed towards the right) of the working-class vote does not only benefit the far right but also the republican right. Droitisation was considered a major contribution to Nicolas Sarkozy’s 2007 victory. Sarkozy’s strength came from his capacity to gather together very different trends within the right, extending his political rhetoric to delicate issues that traditionally serve the interests of the far right: security, immigration and national identity. Thanks for this are also due to his campaign adviser Patrick Buisson, who comes from the UMP’s (Union pour un Mouvement Populaire, Sarkozy’s Party) hardline conservative wing. This shift crystallised resentment and frustration, becoming cornerstones of the discourse and action of his government. By openly courting FN voters at the end of his 2012 campaign he legitimized the FN. The growing influence of the far right is, therefore, also due to a process of legitimization as the Front National (FN) has strived to become publicly acceptable. After its founder, the controversial Jean Marie Le Pen who had been convicted of racism, anti-Semitism and Holocaust-denial over the past four decades, left the party to his daughter, the image of the FN changed considerably. Giving it a “modern” image, she stresses that FN is right-wing, not the “extreme” right. Marine Le Pen’s strategy was combined with the legitimization of the FN’s core issues at the top of the traditional republican right agenda.

This growing affinity is one of the scariest trends in the history of French right: the extremist party does no longer appears extreme and the boundaries between republican right and hard right have blurred. Extremism has not disappeared from the French or European political landscape. The far right phenomenon is not reduced to one party, its ideology has a broad influence that crosses political borders and is expressed in ballot boxes as well as in the streets of Paris.

Deborah Asseraf is a postgraduate student in Sciences Po Paris, specializing in the field of public policy, and president of Sciences Po Public Affairs Master’s society. She is interested international relations and politics.