You are here: Home / Archives for AWACS 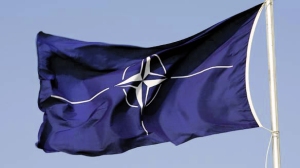 Amid the increasing tensions with Russia, Canadian Prime Minister Stephen Harper’s meeting on 5 May with the head of NATO’s military operations, General Philip Breedlove along with the recent deployment of 6 F-18s to Romania have garnered some Canadian press attention. This represents some of the highest-level contact between the Canadian government and NATO leadership in some time. The question is, does this signal a Canadian re-engagement with NATO?

Since Canada’s withdrawal from Afghanistan in 2011, there has been a marked disengagement with the alliance, the hints of which came while Canada was still engaged in Kandahar. The decision to deploy Canadian forces there, motivated by undoubtedly honest intentions, nonetheless placed a heavy strain on a force not really designed for a long-term overseas combat deployment. The challenge of stabilizing southern Afghanistan was underestimated by allies and the casualties among the deployed nations attest to the grim and thankless challenge. With years of blood and treasure spent in southern Afghanistan and trying to muster greater commitment to the operation from NATO Allies, Canadian policymakers had seemed fed up.

After continually hammering allies over burden sharing and finding no relief for their forces in Kandahar, the Canadians faded into NATO’s background, still present, but not nearly as forward-leaning, constructive or vocal as in years past. Beyond Afghanistan and Libya, there was no more Canadian engagement in any other NATO operations, be it Kosovo, counter-piracy off the coast of Somalia or elsewhere. The commitment to the Libya campaign, while not irrelevant, was done without fanfare which can be attributed to Harper’s tight control over diplomatic messaging. While quiet diplomacy can be positive, the lack of recognition in headquarters of Canada’s contribution adds to the perception of its diminishing NATO presence.

When coupled with Canada’s meagre presence in the International Military Staff, it further highlights how it has lost its informal presence around the Brussels headquarters and across the alliance. Moreover, Canada publicly withdrew from NATO’s aerial surveillance platform (Airborne Warning And Control System, AWACS) which it had previously supported. The withdrawal left the programme in limbo and upset its allies. On top of that, the withdrawal from the allied ground surveillance programme was also noticed as both of these happened as the Secretary General was pushing for more shared capabilities in the Alliance.

Undoubtedly, Harper’s move to support NATO against Russia is the right one, but as of yet it doesn’t represent a wholesale re-engagement with the alliance. NATO needed to send a clear message that the annexation of Crimea would evoke a notable transatlantic response and the deployment of US and Canadian assets to Europe helps underscore the alliance’s solidarity, To not respond to NATO requests for assets would have been damaging for the alliance and certainly upset a number of allies, perhaps most importantly the US and the UK. The current government has often accused previous Liberal administrations of offering hollow rhetoric and relying on its peacekeeping and ‘middle power’ traditions without offering concrete contributions. In this circumstance, the Canadian contribution, important as it is, needs to also support a robust diplomatic effort on the part of Canada focused on keeping the Alliance relevant and purposeful.

The deployment of F-18s to Romania and a frigate to support NATO’s Standing Maritime Naval Group in the Mediterranean is significant, but they need to be coupled with a diplomatic effort in NATO headquarters. Though it is unlikely to happen, the Harper government needs to offer some additional leeway to its diplomatic corps in order to let them not only ‘talk up’ Canada’s contribution, but also offer some significant experience and depth of knowledge.

This is an opportunity for Canada to once again exercise a level of leadership and agency in NATO and help shape its character for the year to come. It may not represent a new ‘overarching’ theme to Canadian foreign policy, but it will show allies that not only is it an active contributor to the defence of Europe, it is also proactive in ensuring the future transatlantic relevance of the alliance. As the past decade of foreign policy has demonstrated, it is not enough to wield the stick; speaking softly is also a requirement. The upcoming NATO summit in Wales and a lack of identifiable deliverables places a burden on the shoulders of the member nations to start articulating a vision for a post-Afghanistan phase. While this was previously conceived of as the transition from ‘NATO operational’ to ‘NATO prepared’ these plans, however nebulous they may be, will have required some alteration. Russia will certainly dominate the agenda, but for NATO to lose the capabilities it has developed in Afghanistan would also be tragic. The alliance has worked relatively successfully with militaries from around the world in Afghanistan and built relationships with many more. To see these partnership opportunities wither or disappear after 2014 would diminish the influence of NATO for years to come.

This should also give policymakers in Ottawa some pause and hopefully encourage a more serious contemplation of Canada’s foreign policy, which has been adrift for some time now. With elections next year there will be an opportunity to redefine Canada’s place in the world and encourage a deeper contemplation as to what that means for Canadian influence. Are they content to continue with ad hoc diplomacy or can they define priorities which not only defend and advance Canadian interests but also buttress an increasingly beleaguered Western international order?

Zachary Wolfraim is a third year PhD student in the War Studies Department, King’s College London, where he focuses on the role of narratives in shaping foreign policy in relation to NATO operations. He previously worked as a consultant in NATO Headquarters on operations in Afghanistan, Iraq and Libya.