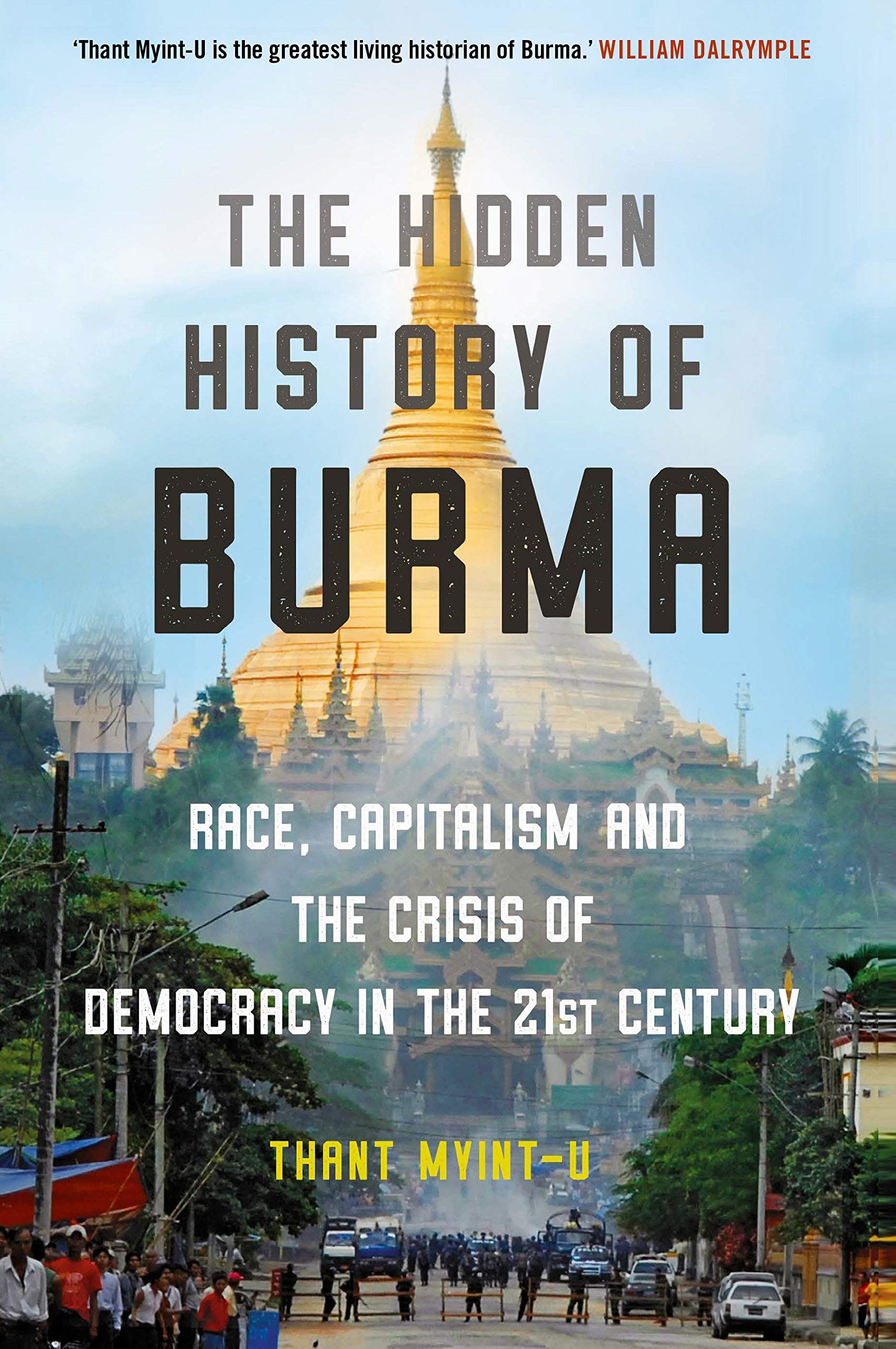 The case for peace in Myanmar (Burma) has been a tiring and relentless one. The biggest myth of all is that Burma was set to have a bright future during the dawn of its independence from the British Empire. Thant Myint-U in his latest work “The Hidden History of Burma” (2020) reminds us that the reality is far more complex. The colonial legacy of the state’s institutions and its impact on the plethora of ethnic groups across Burma’s periphery would continue to haunt its present-day problems. Most notably among these are the Rohingya crisis and Burma’s half-century struggle for democracy. The colonial era’s martial race policy stands at the forefront of these problems. Despite the great academic legacy left behind by the colonial era, Thant argues, the state was considerably weak at the time when General Aung San founded the nation. This meant that whatever great that was embedded within Burma was either purged or became stale during years of poverty. Moreover, Ne Win’s failed anti-imperialist revolution – or the pursuit of the ‘Burmese Way to Socialism’ – would further exacerbate this situation.

Towards the end of the 20th century, the socialist layer of the nation-state’s operational ideology gradually peeled away; leading to some form of a free-market system and one that according to Thant can best be described as ‘crony capitalism’. Yet, strikingly, Burma’s political reforms of the early 2010s had originally envisioned an alternative future. Here, the implementation of neoliberal policies and a non-state intervening would complete the country’s transition to a free-market system, to follow the steps of congested and inequality-ridden cities we so very often see across South East Asia today. In this regard, those easily combustible issues surrounding race and inequality are left out. The state itself does not even seem to be cognizant of it. Neither is any consideration given to the idea that one’s ethnicity can be fluid. As a result, state formation and attempted conflict resolution is stuck in a vicious cycle of bureaucracy, electoral politics, and red-tape; further fuelled by a strange concoction of neoconservatism and a fixed primordial perception regarding race and ethnicity amongst parties and actors across the political spectrum.

The blame for the sustained civil strife across various parts of the country is shared among all parties, both at home and abroad. It is Thant’s insider narrative in the book that made me realise how it is bizarre that China’s ambitions for Burma re-emerged. Initially thwarted by the reformist government of Thein Sein, those intentions came back centre stage after the conflict in Rakhine escalated to the point of genocide. Unfortunate decisions made by Aung San Suu Kyi’s National League for Democracy (NLD) during peacebuilding efforts that followed their victory in the 2015 elections inflamed this situation, particularly after the Myanmar Peace Centre – consisting mostly of Thein Sein staffers – was dismissed. However, this jarring moment in history is to this day a wasted opportunity that not many in the country paid much attention to. Indeed, the urban population were very much distracted by the economic promises of the new NLD government. With more shopping centres and shinier airports in the making, less visa restrictions, and an increase in free travel, it seems that it is the bourgeoisie that gets to enjoy better, more instant luxuries. I can speak from experience that testimonials by the (upper-)middle-class of Burmese society certainly reflect this sentiment. A justifying bulwark against any criticism towards the NLD government, these promises led to ample opportunity for the resolution of civil strife in the country getting squandered; thereby further darkening a future that looks more bleak than ever.

Internationally, the foreign policy of Western governments in addressing Burma’s human rights abuses provides no room for complexity and mixed bureaucratic responses by organisations such as the United Nations over the past decade have led to drastic consequences in the peace processes throughout Burma. Their involvements with the country’s democratisation efforts and entrance into the global economy were exclusively pivoted around Aung San Suu Kyi. This narrative of the ‘lady against the generals’ paid very little attention paid to the influence of ludicrous cross-border conflicts, war economies, and the incentives of various factions – be it within the state or of the rebel groups. The former president’s sudden and wide embrace of the West was short-sighted to the extent that it made light of the impact that the participation of Ethnic Armed Organisations (EAOs) along the Sino-Burmese border could have. Suu Kyi’s government furthermore underestimated the repercussions of Western isolation on the peace deals made during the ‘21st Century PangLong Conferences’. Above all else, the young population especially, and sadly, do not seem to be able to tell the difference between the story of Burma: is it one of Suu Kyi or one of inclusivity.

Though merely stating facts, Thant’s description of the contemporary political processes in Burma is at times specked with instances that were darkly astonishing, oftentimes unintentionally comical. One of these moments includes the time when John Yettaw handed Suu Kyi the Book of Mormon, making it all the more surreal. Nevertheless, there are parts where Thant could have elaborated further, such as the impact of U Nu’s policies on the racial and social integrity of a briefly democratic Burma prior to Ne Win’s coup in 1962. However, the country’s complex web of layers stands masterfully explained in the book.

Lost is the potential of this beautiful country, so rich in natural resources, in which a deeply troubled rural citizenry resides which knows war not as an exception but as the norm.

Most importantly, Thant demonstrates that the story of Burma’s fight for democracy is not so much as black-and-white, not a clear David-and-Goliath spectacle that we are made to believe most of the time. A particularly challenging part recounts the solemn story of a certain lady named Moe. Driven into destitution by the cascade of events following the Bush-era sanctions that shut down garment factories, her life led from unemployment to sex trafficking, only to discover herself with a diagnosis of HIV/AIDS after a hazardous, painful journey back home. These same sanctions were supported by several pro-democracy and human rights activists at home and abroad. These activists were also part of the same force that blocked the Global Fund’s humanitarian aid that was supposed to relieve HIV/AIDS and malaria outbreaks in Burma of the early 2000s, thereby cutting off all remaining hope for people like Moe. Indeed, Moe’s life is not an uncommon one for the precariat of Burma, whose rights, needs, and welfare seem to be left out of the picture entirely. While the nation emphasises the virtue of personal sacrifice for the greater good pivoted around the leader; the vast majority have little more to give. Lost is the potential of this beautiful country, so rich in natural resources, in which a deeply troubled rural citizenry resides which knows war not as an exception but as the norm. Not a glimmer of hope seems to remain in a country where Burmese identity is defined by race and ethnicity.

That is not to say that are no memorable and beautiful moments. During the peak of the Rakhine crisis in 2016, the compassion of a Buddhist monk in Rakhine that offered refuge and food to displaced civilians of the Buddhist and Muslim creed and traumatised by the violence raging outside will give any reader a chilling feeling of awe as the pages turn. The man was confronted by protesters outside his monastery for housing Muslims together with Buddhists, arguing that the protestors would have to go through him if they wish to ransack the monastery and commit violence inside. An anomaly of a preacher who truly practices a rare act of compassion could perhaps make one faintly wonder just ‘what if?’.

What kind of a future Burma will head towards we still do not know. But as Thant puts, it is truly hard to be optimistic at present. Yet understanding Burma is imperative still, in a way, as the story should provide us to rethink how Western democracies interact with authoritarian and transitory regimes in the future. It should also provide a brutal lesson for us, when aiding and advocating for democracy in contested states, to jettison the idea that one-dimensional foreign policies that prescribe a dose of sanctions followed by the introduction neoliberalism will do the trick of healing an infinitely complex, deeply conflict-ridden nation towards peace and prosperity.

This piece was originally published on the author’s personal blog, which you can find here

Anna Tan is a postgraduate student for MSc Global Affairs at King’s College London. Her research is focused on how Western human rights diplomacy affects democracy and authoritarianism in the Asia Pacific. She has previously worked for UNDP Myanmar and the American Red Cross, and is a member of the Programme Committee of the Conflict, Security and Development (CSD) Conference 2020 hosted by the Department of War Studies and the Department of International Development (DID). Anna holds a BSc in Neuroscience. You can follow her on Twitter: @AnnaTanGTW

Anna Tan is a postgraduate and a student ambassador for Global Affairs at King’s College London. She is also a Series Editor on Strife Blog and Journal of the Department of War Studies and has formerly worked for UNDP and the American Red Cross. Her research is focused on Western Human Rights diplomacy vis-à-vis authoritarian states in Asia.