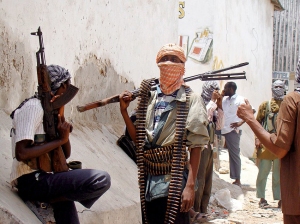 Cameroon, Central Africa’s largest economy, has over the years gained a reputation for being a relatively peaceful and stable country in an increasingly insecure region. Conflicts and violent extremism have plagued Cameroon’s neighbors, especially in light of recent conflicts in Mali, Chad, and Central African Republic, as well as of terrorist attacks in northern Nigeria. Cameroon’s relative peace and stability has meant that it has attracted less attention than its neighbours in international and regional security debates. However, the militant group Boko Haram seems determined to alter this situation as they have recently stepped up cross-border attacks into the northern region of Cameroon, unleashing terror on the local population and turning the area into a combat zone. Cameroon’s response to the crisis seems to follow the narrative that frames it as an external problem with little mention of any other solution to the crises besides military intervention.

The recent Boko Haram attacks on Cameroon require further national and international scrutiny as this situation, if not properly tackled, may have profound implications on peace and security in Cameroon and the wider region.

Boko Haram, the Islamist militant group that has for year’s sown terror throughout Nigeria’s north-eastern region has in the past weeks stepped up cross-border attacks into northern Cameroon. The group which gained international notoriety after abducting more than 200 schoolgirls from Chibok in northern Nigeria in April 2014, now seeks to gain a foothold in Cameroon’s poor rural north and has stepped up cross-border attacks into the region. The most recent attack took place in the village of Zigague in remote northern Cameroon on 6 August in which eleven people were killed including two soldiers.[1] This attack came on the heels of a 27 July attack on the residence of Cameroon’s vice Prime Minister Amadou Ali during which three people were killed and his wife and sister in law abducted.[2] The level of brutality and the targeted nature of these latest assaults clearly indicate to the Cameroonian authorities the scale of the problem Boko Haram poses to the country and the entire region. This episode has been a wakeup call to the Cameroonian authorities to step up regional co-operation with its neighbours and to become more pro-active in the fight against Boko Haram.

However, Cameroon’s response to the Boko Haram crisis seems to follow the narrative that frames it as an external issue, ie. not Cameroon’s problem. Cameroon’s minister of information Isa Tchiroma stated in an interview on 27 July that Cameroon was a ‘collateral victim’ of aggression that is unfortunately spilling over.[3] Granted, the Boko Haram menace began in Northern Nigeria, but the Islamist group has gained root in the wider Sahel region that spans into Northern Cameroon and Niger. With Cameroon playing the victim and regarding the Boko Haram menace as an external crisis, the authorities miss the valid lesson to be drawn from this episode – that the current level of peace and stability in Cameroon is more or less relative, and not absolute. The Islamist group is only tapping into pre-existing grievances driven by governance failures, corruption and non-accountability already present in the country. These grievances could be seen for example in the 2008 transport strike, which was sparked by the increase in fuel prices but ended up degenerating into urban violence nationwide as a result of Cameroonian’s frustration and exasperation with the regime.[4] Cameroonian’s will largely acknowledge the existence of a range of social conflicts present within the country but the narrative at the macro level still remains that Cameroon is a haven of peace and stability. There seems to be a gross disconnect between state security and human security.

It is absolutely essential for the authorities to ask valid questions and seek long-term solutions to this crisis. The Boko Haram menace may just be a manifestation of more profound threats to peace and security in Cameroon. The vulnerability of Cameroon’s northern region to violent extremism is due to the region’s long history of neglect, marginalization, poverty and social exclusion. It is for this reason that the militant group Boko Haram has been able to penetrate these communities and radicalise, recruit and train young people whom it is now using to perpetrate terror in their own communities. The ease with which the perpetrators of the most recent attacks moved within the town of Kolofata and the precision with which they attacked the homes of the Deputy Prime Minister and the Sultan reinforce the belief amongst eye witnesses that some Cameroonians were in their ranks.[5]

It is worth noting that, Boko Haram’s attacks in Cameroon’s northern region date back as far as 2012 when raids and abductions were recorded in Fotokol, Makary and Kousseri Dabanga, but cited as ‘isolated incidents’. The Cameroonian authorities treated the crises as an external problem which ought to be handled by those directly concerned such as Nigeria; ‘Our main challenge is safeguarding our borders so that we don’t import the Boko Haram problem’, stated an official in charge of economic and socio-cultural affairs at the Far North governor’s office.[6] While Cameroon treated these as an external problem, its Nigerian counterpart’s response to the crises was, and still largely remains, military, while the political will to do more than that appears entirely lacking.[7]

With the recent wave of attacks in Northern Cameroon, the response of the Cameroonian authorities seemingly mirrors that of Nigeria. In reaction to the recent mounting violence, Cameroon’s President Paul Biya fired two high-ranking military officials who were responsible for security in the region and sent his army chief to the north of the country to beef up security. Approximately 3,000 soldiers have been deployed to the north, including troops of the elite Rapid Intervention Battalion.[8] This military response is commendable as the authorities need to ensure that an iron curtain of resistance is put up to counter any further attacks by Boko Haram.

However, as can be reflected from the Nigerian experience, a military solution alone will only provide brief pauses to the crisis. As Issa Tchiroma, the Cameroonian Minister of Communication, noted during his recent interview with Voice of America, the battle against Boko Haram is asymmetrical because no one is quite certain who the members of Boko Haram are, as they have infiltrated the community. Able to move quite freely, these groups are unlikely to ever be completely suppressed militarily, unless, in addition to military efforts, the government wins local hearts and minds by implementing fundamental political reforms to address the many grievances that are at the base of this continued violence.

The recent attacks on Cameroon are not only a tragedy in themselves, but a timely reminder of the need to access the security situation of the country. Fighting Boko Haram is a long-term endeavour that requires not only military force but a robust effort to nurture the resilience of communities through measures that promote economic development and social cohesion. Also, given the porous nature of the border between Cameroon and Nigeria, and the level of cross border interaction which takes place between the borderland communities, there is need to step up regional cooperation through harmonized security laws. All stakeholders in Cameroon, including the government, civil society and local authorities should use this as a wakeup call to focus on a human security approach which focuses on an integrated framework appropriate to address this conflict.
____________________

Awah Leonide is a legal scholar and a research assistant at the African Leadership Center in Nairobi, Kenya. Her research interests amongst others include the France-Africa relationship and its impact on security and development in francophone Africa. You can follow her on Twitter @ AwahLeonide